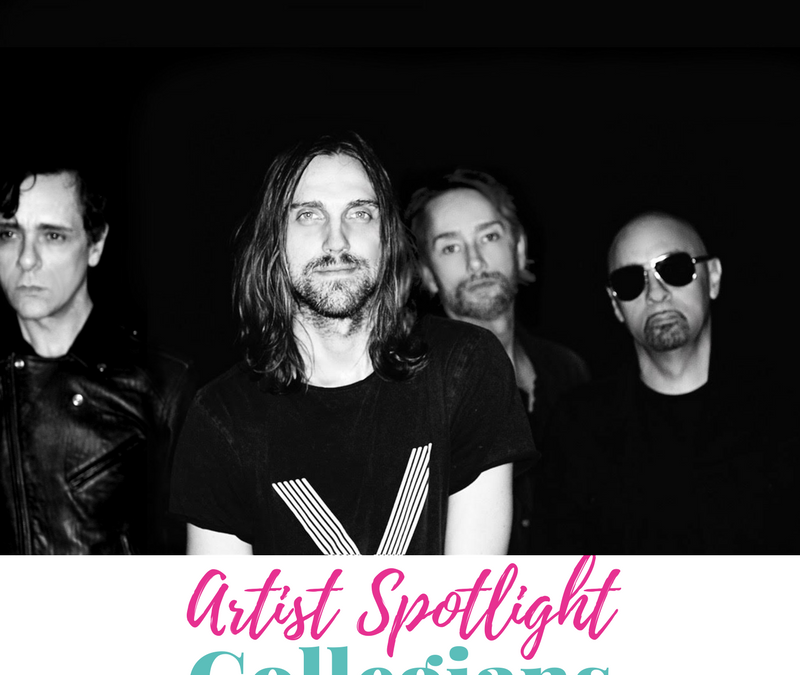 Today’s Artist Spotlight is on Collegians I’m listening to their single “Killer” from the album Killer. This is alternative-rock goodness. If you are a fan of bands like Twenty One Pilots, 30 Seconds to Mars, Three Days Grace Kasabian, or Linkin Park you want to give Collegians a listen. You will enjoy what you hear when you listen to this song. I listen to this song a few times before putting fingers to the keyboard to write my thoughts on this song. I’ve said it before, I love a piano in song. “Killer” starts off with piano. Lyrics are great, vocals are great. “Killer” starts off like is going to be a dark song with the piano, but I wouldn’t call it dark. Glenn Patrick vocals have this gritty, rock sound that delivers in this song.

This was my first time listening to Collegians and this song is one to add to the playlist. It’s a song that should be shared, so I’m also adding the song below and make sure to watch the video snippet for “Killer” at the end of this post. Let me know if the comments what you think. Not afraid to dig emotionally, the Collegians band from Melbourne, Australia, are set to reach out to listeners all over the world with their unique brand of bittersweet alt-rock. Fronted by the brooding and raw-throated vocals of British-born lead-singer Glenn Patrick, Collegians have succeeded in creating music that connects on a deeply emotional level with many listeners.

Embracing pop-hooks, dark-synths, and a rock-backbone, Collegians bring together both echoes from the past, and current modern contemporary grittiness, in-order to create music that is both powerful and honest.

Their stories of isolation and desperation, of hope and desire, are what make their unique brand of sound stand out in the crowd, and what keeps listeners coming back for more.

Formed in 2014, the band inked a deal with music label Cultivator Records in 2015, and work on their new album started with the groups exciting debit-track “Vaccine” and follow up “Black Mass”.

Now with the anticipated release of “killer” which dropped on April 13th, their third installment is already creating hype on all the media platforms.

With every member of the band confident and well-versed in playing live shows, Collegians are focused on creating a live experience that captures the raw emotional power that can be found in their new album. This desire to reach out to a wider audience by unleashing their explosive energy on stage is something that the band takes very seriously, as Glenn has been quoted as saying; “We all got into music because of the connection it makes with other people, no matter where you are, what you’re into. Music is such a blend these days that an audience reflects that. We just want to get onto that emotional level with crowds, and with whoever gets into the music. It’s all give and take, and we’re looking forward to the possibilities that lie ahead. ”

Here’s a snippet of “Killer”.

Connect with Collegians on Social Media Jay is the Content Creator + Editor-in-Chief here at Life of Creed. She shares her adventures in homeschooling, traveling, beauty, fashion, product + music reviews, DIY, and more. She is also a blog coach + mompreneur consultant over at Jay Creed.