Learn about the potential consequences of DUI conviction

by Guest Contributor | This That and Other | 0 comments 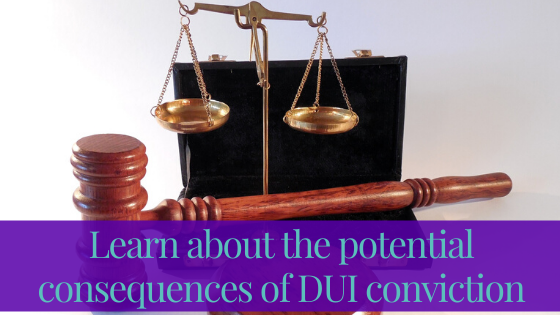 Disclosure:  Always seek legal advice for legal matters. Some of the links below are affiliate links. Thanks for reading & supporting Life of Creed Blog! Read full disclosure policy here.

When arrested on a DUI charge, your first instinct should be to come out of jail so that you can prepare a strong defense for yourself. For release, you would need to pay bail either yourself or with the help of a bail bond agent, depending on the amount. While this is an integral part of the process, you should also know the situations that a DUI charge can expose you to and how you can deal with them.

The legal implications of driving under the influence of alcohol or any other substance can be different in different US states. For instance, in Dayton, the police can ask you to give a breathalyzer or DUI/OVI breath test for violating the speed limit. If the content of alcohol in your blood is 0.8 or more, the officer can arrest you for drunk driving. Sometimes, clearing the field sobriety tests also doesn’t help if you have a BAC of 0.8 or higher. You can still face conviction. Hence, it becomes essential to understand what may happen eventually as a result of all this.

Things that can happen to you after facing a DUI charge

License revocation, fine, imprisonment – You may have to pay court fees, a substantial fine, and lose your driver’s license, too, for a specific time. Some states require guilty to spend time in jail, while many states allow a period of probation during which you have to do community service. It can involve probation fee and following probation related terms and conditions.

Many times, it becomes difficult to retrieve your license even after the revocation period has ended. Some American states may ask you to join a defensive driving or DUI school. Before you go for classes, a counselor will check whether you have any dependency on alcohol or you abuse the same. Attending counseling sessions and support groups also becomes mandatory. If you do well in all these areas, you can get back your license.

Ignition Interlock Devices – Whether it is Dayton in Ohio or some other place, the law may require you to install an ignition interlock device before you drive again. It is particularly applicable in first-time drunk driving cases. The device will not let the vehicle start if it captures the hint of alcohol in your breath. You may have to do this despite paying all the fines and fees, completing probation and learning programs, and others.

There can be other experiences also that you may have to go through, and that’s why you should first try to seek bail. For help, you can call Castle Bail Bonds Dayton. Once they post bail, you can fight for your defense. For example, if you gave any statement, you can claim later that those were coerced statements or that the test results are not valid. There can be many grounds on which you can seek release from DUI charges. So, if you don’t want to have a criminal record against yourself, then first post bail or hire a bail bond agent for this job.

If you found this post useful, please Pin It!

Don’t forget to join our Private Facebook page. The page is created to share your work, pitch your services and learn from one another.