3 Simple Ways To Look After Your Home 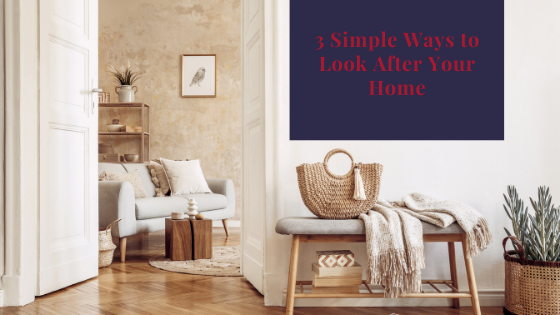 Figuring out how to look after your home can seem like an overwhelming prospect, especially when you first buy one. It’s nowhere near as overwhelming as you might think, however. Instead, it can be quite simple.

You’ll need to know what areas to look after, with some areas being relatively easy to overlook. By making sure you don’t overlook them, though, you can make sure your home is well-maintained. A few particular areas stand out.

How To Look After Your Home Without The Effort

There’s a decent chance you could have quite a few belongings that you don’t use anymore. The same could be said for the rest of the family. Why not consider getting rid of the clutter? It’ll have much more of an impact on your home than you’d think.

One of the main benefits of this is that you’ll free up more space than you could think while also making things more practical to use. If you declutter the kitchen, for example, you can make it much easier to prepare and cook meals.

While this could take some effort, it’s something you can get the entire family involved in. It shouldn’t take longer than an afternoon or weekend to get this done. With the extra space you’ll have, you could then consider getting a few decorational pieces and furniture to tie things together.

Quite a few people overlook their HVAC system when they’re figuring out how to look after their home. It’s one of the more fundamental things to keep maintained, however, as fixing it could prove to be a costly process. You can avoid this by performing a few small maintenance tasks.

Replacing the air filter regularly and cleaning out the vent is well-recommended. If you notice any noises or damage to the unit, it could be worth bringing in a HVAC technician near you to check things out. While it could be a minor issue, you wouldn’t want it turning into something much larger.

Do Some Exterior Improvements

When you’re figuring out how to look after your home, you could end up focusing solely on the interiors. That’s far from the only place you’ll need to pay attention to, as the exterior also needs some. It’s more than worth giving this some TLC, with there being quite a few ways of doing so.

Many of these don’t need much time or effort, such as doing up your door. Even doing some landscaping can be recommended. If you want to put a bit more effort into your home’s curb appeal, you could consider repainting or redoing the outside walls and renovating the roof.

Though these can be relatively expensive options, they could give your home the facelift it deserves. You’ll give your house a new lease on life.

How To Look After Your Home: Wrapping Up

Once you know how to look after your home, you’ll realize how simple it can be. It’s nowhere near as overwhelming as you could’ve expected. While there’ll still be some work involved, it can be a straightforward process and shouldn’t take too much time.

This article is written by a contributing author.

If you found this post useful, please Pin It! 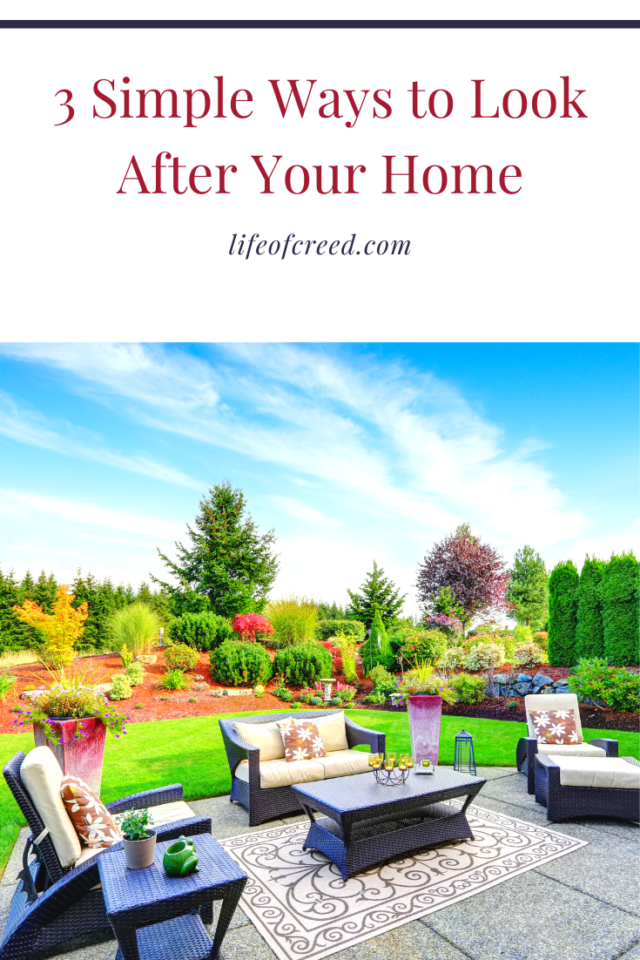 Don’t forget to join in on the conversation on social media.